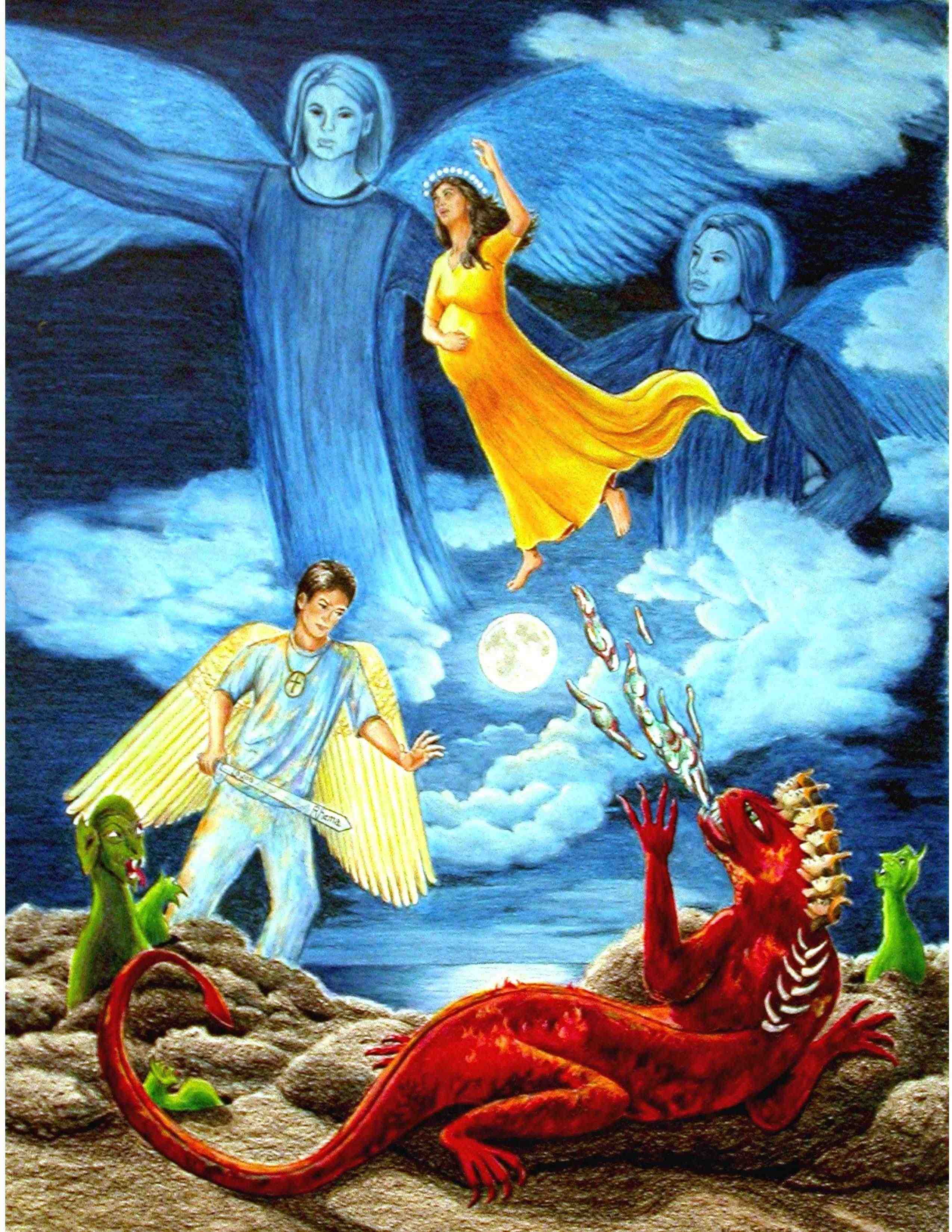 This painting portrays a series of events described throughout chapter 12 of Revelation. Michael and his angels have overcome the fiery dragon, called the devil and Satan, along with his angels and have cast them out of Heaven to the Earth. The dragon with seven crowned heads and ten horns desires to devour the Man-Child as soon as he is born, but the woman is given two wings of a great eagle and she escapes. In a final effort, the dragon spews a flood of water out of his mouth to sweep her away. Again he fails.

The conflict continues today as the enraged dragon proceeds to make war with us, the rest of her offspring. So now, we are embroiled in a desperate battle – a battle for our souls. That same dragon, who Michael and his angels have cast out of heaven, desires to devour us. But he will not prevail! We have the promise that the God of peace will soon crush Satan under our feet. (Rom. 16:20) and eventually, Satan will be cast into the lake of fire forever (Rev. 20:10).

And a great sign appeared in heaven: a woman clothed with the sun, and the moon under her feet, and on her head a crown of twelve stars; and she was with child; and she cried out, being in labor and in pain to give birth. And another sign appeared in heaven: and behold, a great red dragon having seven heads and ten horns, and on his heads were seven diadems…And the dragon stood before the woman who was about to give birth, so that…he might devour her child. (vs. 1-4)

And there was war in heaven, Michael and his angels waging war with the dragon… And the great dragon was thrown down, the serpent of old who is called the devil and Satan, who deceives the whole world; he was thrown down to the earth, and his angels were thrown down with him. (vs. 7-9)And when the dragon saw that he was thrown down to the earth, he persecuted the woman who gave birth to the male child. And the two wings of the great eagle were given to the woman, in order that she might fly into the wilderness …from the presence of the serpent. And the serpent poured water like a river out of his mouth after the woman, so that he might cause her to be swept away with the flood…And the dragon was enraged with the woman, and went off to make war with the rest of her offspring, who keep the commandments of God and hold to the testimony of Jesus. (vs. 13-17) 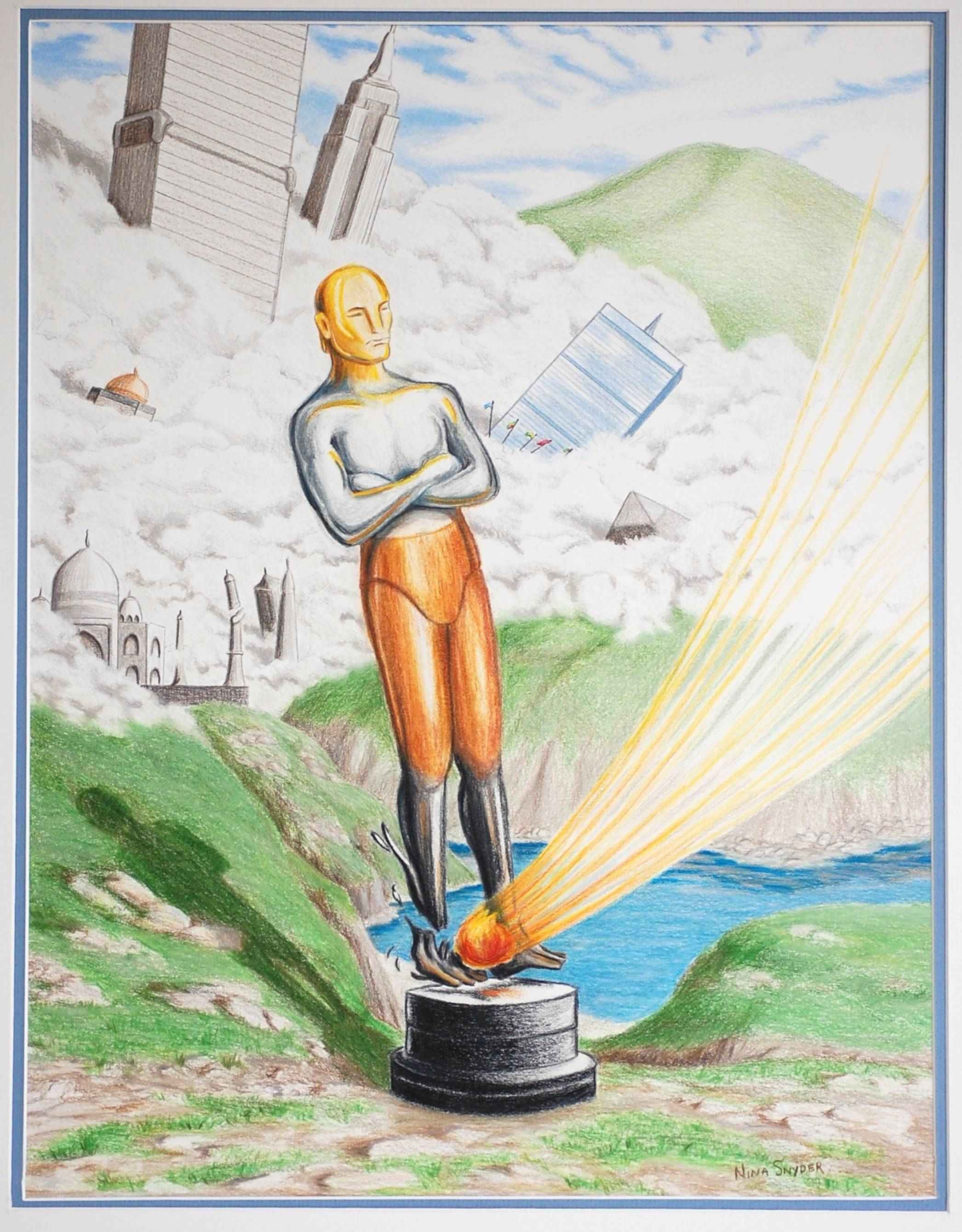 My explanation of Daniel 2:  An explanation of the picture…I am portraying the exact moment in Nebuchadnezzar’s dream in Daniel chapter 2 when the rock hits the statue and it begins 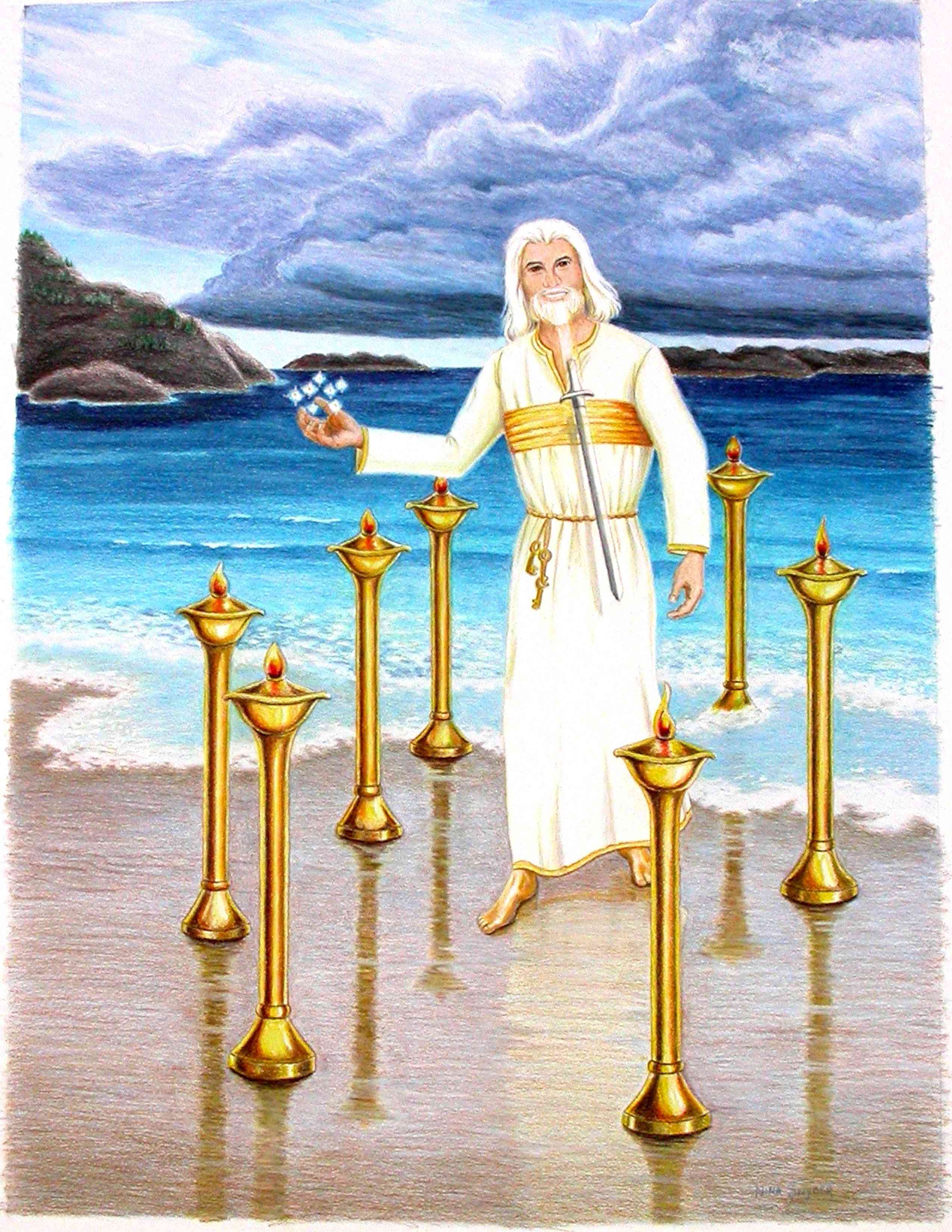 As Jesus walked among the golden lamp stands that represent seven churches, he approached John with grace and love. Jesus praised two of these churches, reproving the other five. Even so, 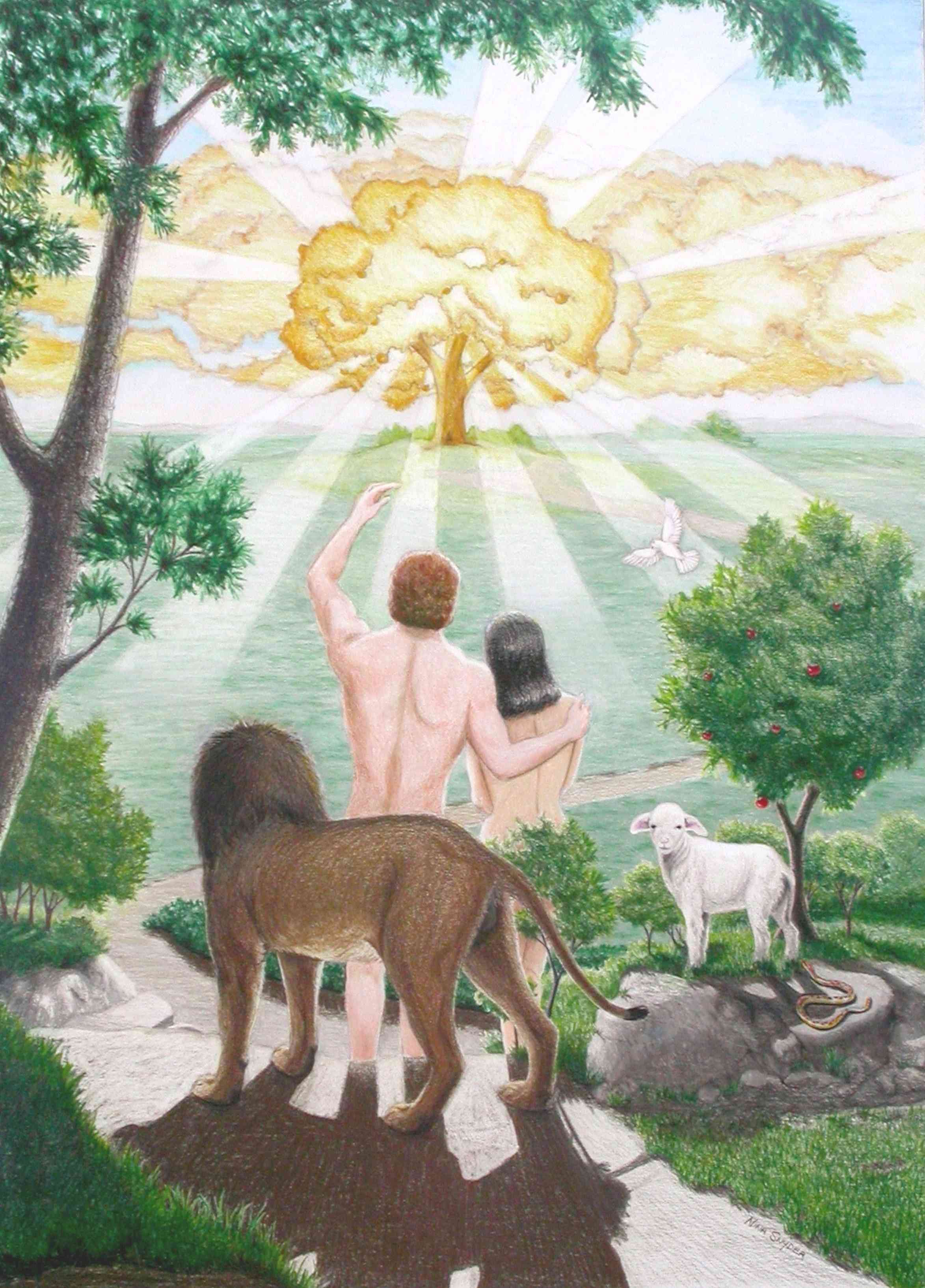 In the Garden of Eden, the Tree of Life is within reach, but the fruit on the tree of the knowledge of good and evil seems more enticing. To decide